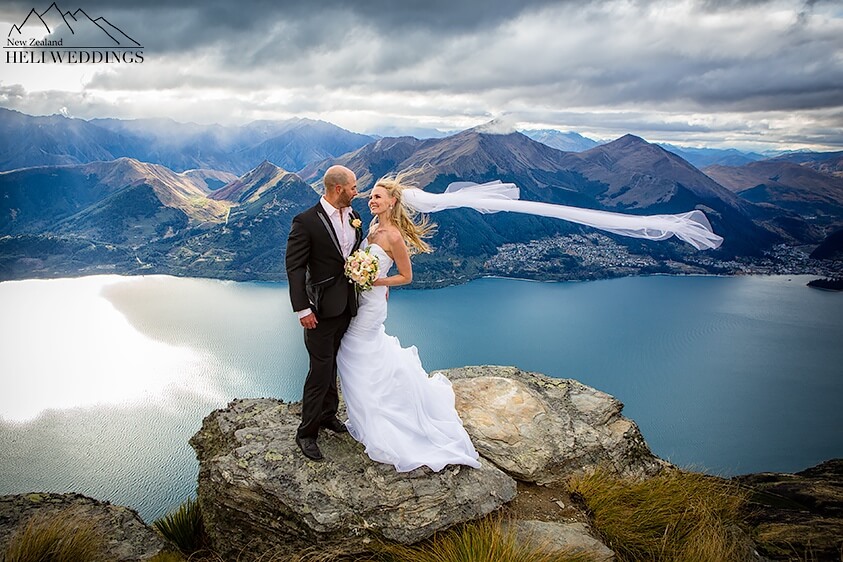 New Zealand is full of unique, stunning locations and is home to some of the most awe-inspiring natural sights in the world. It’s definitely a place where romance abounds, after all, many of the country’s Maori legends are love stories including the ever-popular tale of the star-crossed lovers, Hinemoa and Tutanekai.

Thanks to it’s compact size, you can experience any different sights in one day. From secluded beaches to majestic mountains, crystal-clear lakes to pristine rainforests, a New Zealand destination wedding will be nothing short of unforgettable.

If you don’t plan on being in the country at least three days prior to tying the knot, you’ll need to complete a ‘Notice of Intended Marriage (where both parties ordinarily resident outside New Zealand)’ form. If you will be in New Zealand more than three days prior, complete the ‘Notice of Intended Marriage’ form. These forms can be downloaded online from the New Zealand Government’s Births, Deaths and Marriages, then posted to the registrar closest to where you intend to be married.

You’ll need to sign a Statutory Declaration in front of a registrar. Afterwards, you can collect your licence (it usually takes three days for the licence to be issued after you apply for it) and two copies of the Copy of Particulars. Most of this process can be completed before you arrive in New Zealand. Check in with your wedding planner if you have any questions, as they’ll have done this many times before and know exactly what you need to do.

Weather
New Zealand is home to plenty of sunshine, mild temperatures and moderately high rainfall. It’s important to note that New Zealand can experience four seasons in one day, so it’s best to be prepared for any weather situation.

The far north generally experiences subtropical temperatures during summer, while alpine regions on the South Island can reach -10ºC in winter.

If you want a white wedding, July is the best time; however snow falls between June to October. If you prefer the heat, the warmest months are January and February, and the sunniest are from September to April.

Check out some real life weddings of couples who chose to marry in New Zealand.