Each culture has its own traditions when it comes to weddings. Many are are romantic, some are quirky (ever heard of a kidnapped bride?), but pretty much all of them make for a memorable story. Be inspired by how your destination does “I do” with their tradition. 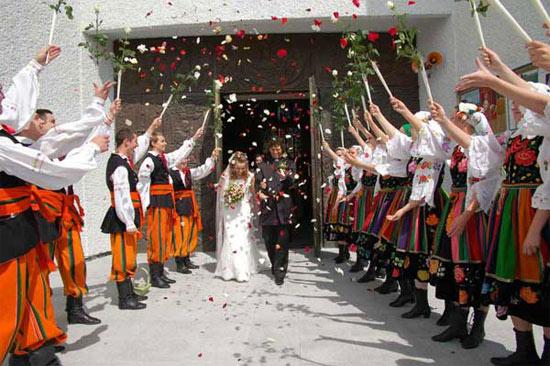 Loose change is showered over the couple as they exit the church after a Polish wedding. Later, the groom invites guests to “buy” a dance with the bride at the reception, and the proceeds go towards the honeymoon. A central part of the ceremony is the presentation of bread and salt to the newlyweds. The parents offer this – the bread in hope that their children will never experience hunger, and the salt to remind the couple that life may be difficult at times and they must work together to cope with struggles. 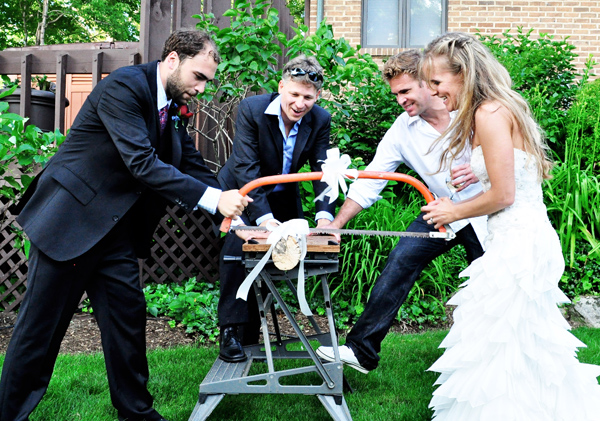 Weddings in Deutschland are lots of fun. The couple’s families host a party the night before the wedding, where they break plates for luck. On the wedding day, the couple may saw a tree trunk together in front of their guests, as a symbol of their ability to work as a team. Another tradition sees guests “kidnap” the bride, whipping her from bar to bar while the groom looks for her.

Not surprisingly, a Scottish wedding involves a grand march to the stirring sound of bagpipes. Later, at the reception, the newlyweds hit the dance floor first, along with the maid of honour and the best man, followed by the rest of the guests. The day before the wedding, the couple are doused in ashes, feathers and flour, which is meant to ward off evil spirits.

Weddings in China are rich in tradition. Fortune-tellers and astrologers are consulted to help the couple choose a fortuitous wedding date, and receptions are grand affairs. The groom is expected to invest heavily in the wedding feast – it’s not uncommon to have up to 12 main courses! 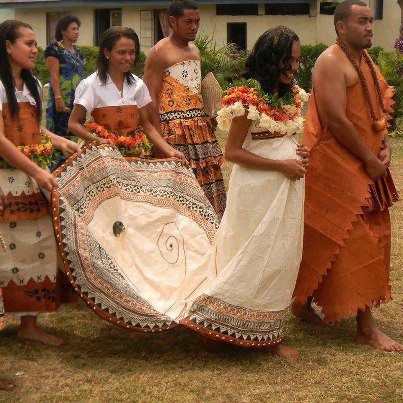 A Fijian groom should visit his prospective bride’s father and seek his blessing. If the father approves, kava is served, and he informs his daughter of the intentions, prompting the bride’s family to make a return visit to confirm the couple’s engagement. Ceremonies often take place in local churches, with special mats laid down.

A Samoan wedding is built around fa’a Samoa, the Samoan way of life, and follows traditional Christian rites. Friends and family come out in full force to celebrate the wedding. At the reception, the couple will perform a dance for each other. 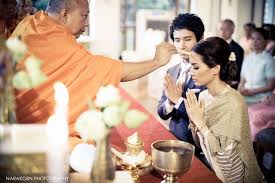 Thai weddings are all about custom. The groom must pass pairs of guests with ceremonial strings to reach his love, giving each pair gifts of cash as a symbol of his ability to take care of his bride. The couple’s hands are washed with holy water as part of the ceremony, and on the wedding night, an elderly couple will share advice with the newlyweds before they are left to spend their first night together.

After the proposal, it’s customary for the fiancé to visit his fiancée’s family with his own family alongside him. This ritual, known as the pamamanhikan, is designed to convey the groom’s respect for his bride’s family by asking personally for her hand. No matter what, the groom must be at the ceremony before the bride. And, as a symbol of taking the journey of marriage together, the couple releases doves at the reception.

This country’s reputation as a melting pot of cultures means distinctive weddings. Couples receive red envelopes filled with cash – some claim this represents part of the wedding costs. A betrothal ceremony is also held, where the groom gives the bride’s family a special betrothal basket and receives his bride’s dowry.

Indian weddings involve a series of rituals. The bride is painted with intricate henna designs the day before, then, at the ceremony, her sari is tied to the groom’s scarf to symbolise the union of souls. The groom’s commitment and ability to provide for the bride is tested before the ceremony, when his future sisters-in-law attempt to steal his shoes! If they succeed, he must bribe them to get the shoes back. 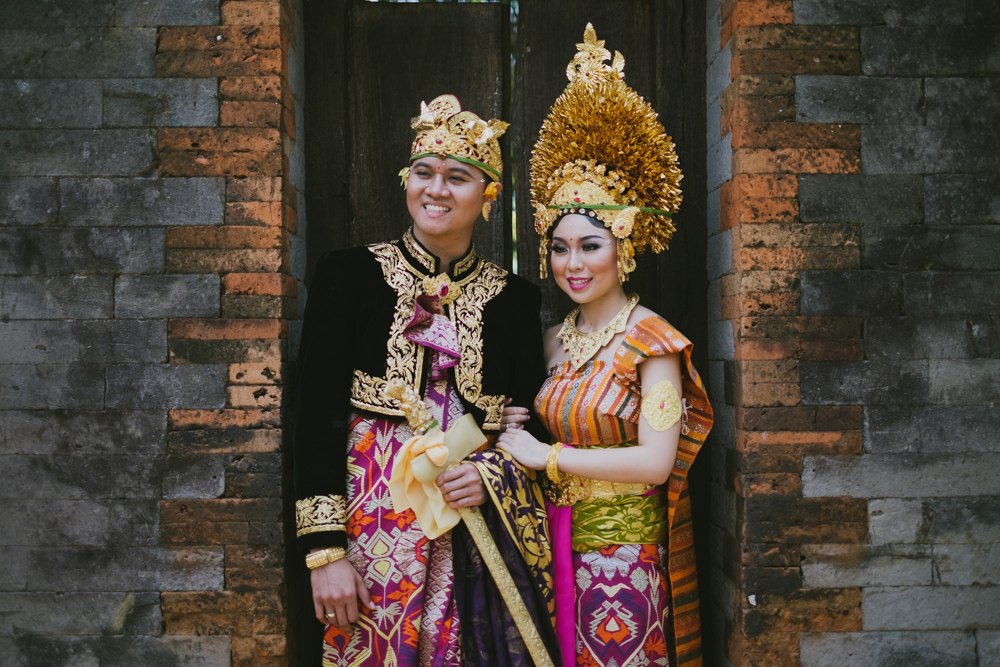 A wedding on the “Island of the Gods” is filled with ritual. A lively procession kicks it off, with the groom accompanied by his family, spear carriers and bearers of offerings and gifts, together with a crashing soundtrack of gamelans, gongs and pennants. When the group reaches the bride’s home, she joins the procession, which finishes with a purification ritual to cleanse the bride and groom of negative energies.

Italian weddings are all about romance and, naturally, an appetite for love and life! Superstitious brides rip their veils for good luck, and rather than roping clanging cans to the back of the wedding car, Italians decorate the front grill with flowers to pave the road to la dolce vita (the sweet life). Of course, good food is always the focus at Italian weddings, with up to 14 courses served at the reception feast.

Weddings here vary depending on the couple’s religion and ethnicity. Indian weddings involve the couple walking around a fire pit during the ceremonies. A Muslim wedding requires the groom to give a dowry, and when toasting, the couple will drink from the same cup to signify their shared lives. 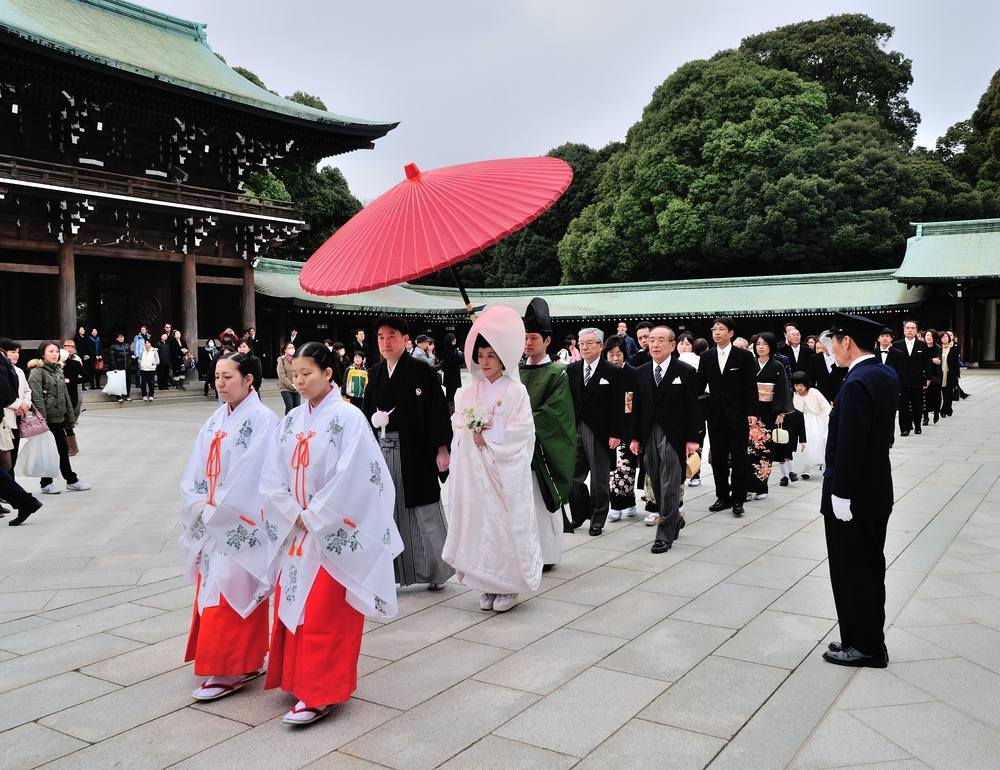 The traditional Japanese ceremony is Shinto-style, where the bride and groom wear kimonos and the ceremony is performed by a Shinto priest at a shrine. Wedding couples in Japan drink sake from three different cups during the ceremony. The ritual, called san san kudo, toasts to love, wisdom and happiness.

The marriage ceremony is a public event in France, and the wedding is performed by the mayor at the town hall – although couples can choose to have a religious ceremony afterward. The French cortège involves two lovely traditions. Firstly, the entrance to the ceremony where the groom leads the way with his mother, followed by the rest of the wedding party. The second includes children, who either walk down the aisle in front of the bride, spreading petals, or follow, holding her train.

While customs vary, one thing all Spanish weddings have in common is their size – expect at least 200 guests! And, as with most social events in Spain, weddings start late (often the ceremony won’t begin until 7pm), and continue until the early hours of the morning. During the evening, the bride and groom circulate from table to table carrying a basket with small detalles (wedding favours) for each guest. The couple also exchange 13 gold coins as a symbol of the finances they will equally share.

Mexicans have a deep spiritual affinity with weddings. To this end, the bride carries two bouquets – one is left behind at the church for the Virgin Mary, and the other is the bouquet she’ll use for the customary toss. Weddings involve a full mass, where the couple and their attendants stand or kneel at the altar. Celebrations continue until the early hours of the morning and are filled with music and food. 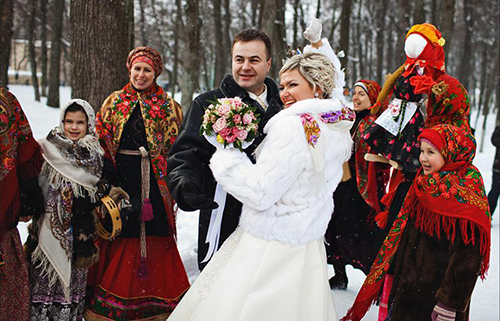 Before a Russian wedding, the groom must free his “kidnapped” bride from her friends and family. She’s usually hidden in her parents’ home, and the groom will make his way through a series of fun obstacles to reach her, paying a “ransom” of chocolate or Champagne. At the grand reception, the newlyweds must kiss each other after each toast, with guests shouting for more until they consider their wine sweetened enough by the exchange of love.

The Monsoon Wedding: A destination wedding in India